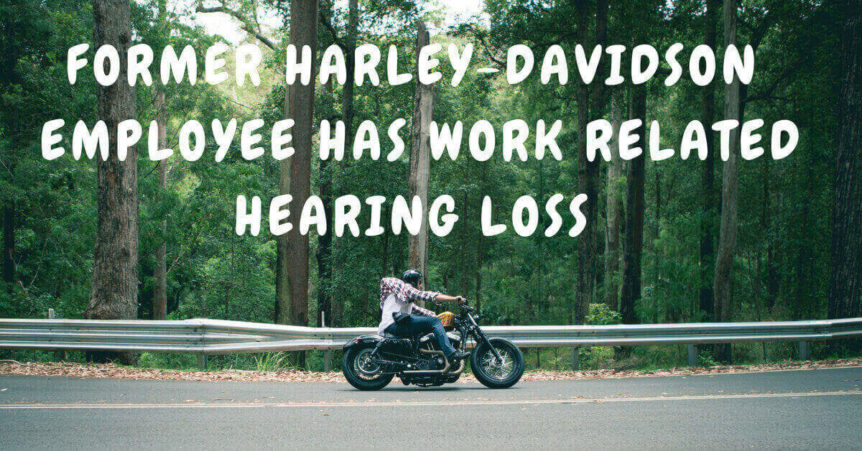 After a six-year process, Wisconsin courts have ruled in favor of a former Harley Davidson employee, who had been seeking compensation for work-related hearing loss. Robert Schulfer worked as part of the Harley Davidson assembly line from 2000 until 2011 when he retired and discovered he had sustained significant hearing loss while at the job.

While there are OSHA guidelines for protecting the hearing of workers from hazardous levels of noise, it has often been difficult for workers to prove that their sustained hearing loss was primarily work-related. This Wisconsin ruling may set the stage for better accountability to workers whose hearing health has been affected by their workplace.

The Case with Harley Davidson

After his retirement from a career assembling power trains at Harley Davidson, Robert Schulfer noticed difficulties with his hearing. After undergoing several pure tone hearing tests, results indicated he had severe hearing loss, with one of the tests indicating near 100% hearing loss in both ears.

Faced with this rebuttal, Schulfer filed a claim with the Wisconsin Department of Workforce Development to be compensated for occupational hearing loss, supported by medical reports from Dr. Matthew Ubell. Upon review, the Wisconsin Department of Workforce Development found Schulfer in the right, having 100% permanent partial disability and occupational hearing loss. The case’s judge awarded Schulfer compensation, legal fees and treatment costs.

Again, Harley Davidson contested the ruling. Robert Schulfer was required to undergo further hearing examinations, this time by Dr. Steven Millen who conducted both pure tone testing and speech reception threshold testing. Dr. Millen used the results of the speech reception threshold testing to conclude that Schulfer had 33.3% hearing loss across both ears. Submitting this as evidence in the case was dismissed however, as the state requires hearing loss calculations based on pure tone testing.

The results of pure tone testing with Dr. Millen indicated that Schulfer had 84.67% binaural hearing loss. On consideration, the state used Dr. Millen’s pure tone test to adjust its conclusions, saying that Schulfer has 84.67% permanent partial disability. While Harley Davidson again moved to reject these conclusions and their accountability, the state found the evidence in Robert Shulfer’s favor. After over six years in court, Shulfer’s hearing loss was decisively determined to be work-related and Harley Davidson was liable for expenses.

The Occupational Safety and Health Administration (OSHA) has standards to protect worker’s hearing from occupational hearing loss. In general, any workplace that exposes its workers to the equivalent of 85 dB for 8 hours is required to provide appropriate hearing protection. The threshold of 85 dB was created as it can cause permanent hearing damage after 8 hours of exposure (the standard work shift time). It should be noted that louder volumes can cause permanent hearing damage in much shorter time frames. Volumes of 95 dB are only safe for one hour, while 105 dB cause harm after only 15 minutes. Very loud sounds, above 120 dB, cause immediate hearing damage and workers should never be exposed to these volumes without hearing protection.

OSHA estimates that 22 million Americans are exposed to hazardous noise at their workplace each year. Roughly $242 million dollars is spent annually towards hearing-related worker compensation and businesses pay out $1.5 million in penalties for failing to protect employees from hazardous noise.

Are you concerned about your hearing abilities? Have you had difficulties with conversations or environmental sounds lately? Contact us at Custom Hearing Solutions. We provide comprehensive hearing tests and hearing aid fittings to ensure that you are hearing your best.