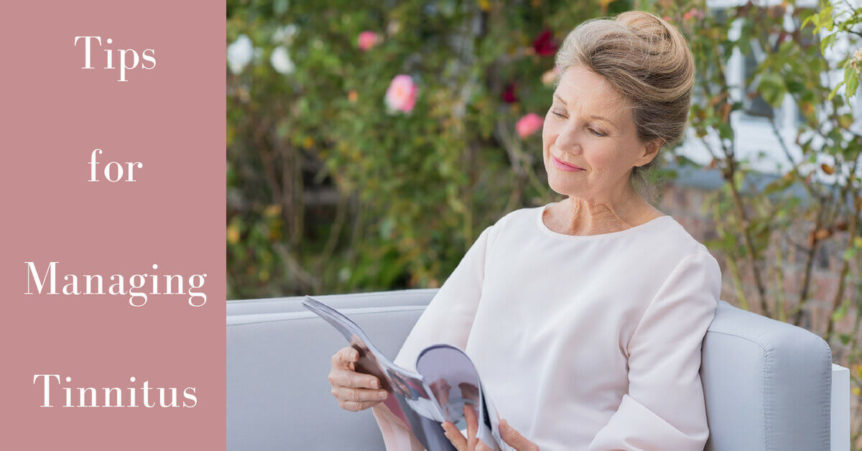 Many of us have experienced a bothersome ringing or buzzing in the ears after loud events, such as concerts and sports games. But what if the noises persist long after? Hearing intermittent or continuous sounds in the ears is known as tinnitus, and it is an extremely common condition, affecting about 50 million Americans, according to a 2010 study. And for 10 percent of those tinnitus sufferers, the condition is serious enough to cause anxiety and interfere with daily life. “Tinnitus can keep people from concentrating, sleeping, and enjoying everyday activities,” says William H. Martin, PhD, director of the Tinnitus Clinic at Oregon Health & Science University’s Hearing Research Center.

Roughly 14 to 16 million people seek treatment for this condition, and it is especially common among veterans returning from combat. In severe cases, the ringing, buzzing, clicking or hissing sounds heard in one or both ears can be debilitating. Tinnitus is different for everyone, and the sounds may be occasional or constant. Some have said they hear a pulsing in the ear which is timed to every heartbeat.

Researchers do not know exactly what causes tinnitus, but they believe that excessive nerve firing in the auditory system creates the perceived sound, often after hearing loss has occurred. The condition is often caused by exposure to loud, explosive noises such as gunshots or fireworks. Some medical issues or drugs may also cause phantom ringing in the ears. Though there is not presently a cure for tinnitus, there are several strategies that can bring relief. Read on to learn more.

1. Talk to your doctor

Tinnitus is often the first sign of hearing loss, so making an appointment with your doctor is a crucial first step if you notice a persistent ringing or buzzing in your ears. If your doctor discovers that you do in fact have a hearing loss, hearing aids can help. If there is a simple underlying health issue such as an ear infection or earwax blockage, they can help you to treat these problems and your tinnitus may clear up. If your doctor deems it necessary, they may refer you to a specialist such as an otologist (a doctor who specializes in ears) or an audiologist (a professional who treats hearing problems). You should also speak to your doctor about any medications you are currently taking, or have taken long-term, as many drugs are damaging to the ears and have been linked to tinnitus.

Sound therapy is a popular and highly effective tinnitus treatment. Listening to subtle, ambient sounds via a device or application makes you focus less on the sound of your tinnitus. The idea is that as your mind becomes more and more habituated to hearing those background sounds, your tinnitus will be perceived even less. The actor William Shatner, who incurred tinnitus following an explosion on the set of Star Trek, has said that habituation therapy is the only treatment that helped him with his symptoms.

Whether it be meditation, cognitive behavior therapy, mindfulness therapy, or sound therapy, finding a way to reduce your negative mental reactions to tinnitus is key. Anxiety, sleeplessness and high levels of stress can actually worsen tinnitus, while therapies designed to help you relax can make it easier to cope with your symptoms and enjoy a better quality of life.

4. Invest in a hearing aid

As hearing loss and tinnitus often exist simultaneously, many hearing aids come with built-in tinnitus management technology, such as sound masking programs. In addition to these programs, hearing aids provide relief by amplifying the other sounds you hear, which will make your tinnitus less obvious. They also reduce stress by making it easier to hear speech over the ringing in your ears.

Although there are no foods or drinks that directly cause tinnitus, some of them can aggravate your symptoms and are best avoided. This list includes alcohol, caffeine, sugar, salt and saturated fat. It may be difficult to remove these items from your diet completely but aiming for a well-rounded Mediterranean diet which is high in fish, green vegetables, olive oil, nuts, seeds and fruit–and low red meat and processed foods–will help keep your tinnitus symptoms manageable.

Are you experiencing hearing loss? Eighty percent of tinnitus cases coincide with hearing loss. Contact us at Custom Hearing Solutions to get your hearing tested and to learn more about tinnitus solutions.