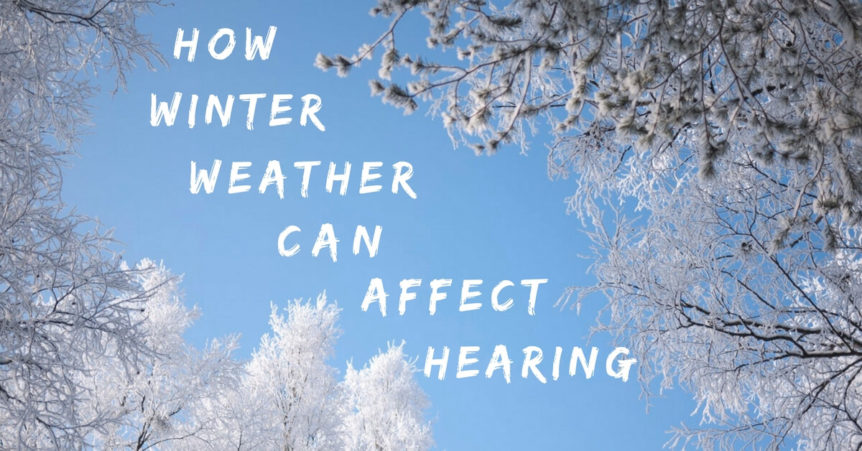 Frozen windows, dressing in layers, hot drinks, snowy roads...some people welcome Jack Frost while others would prefer it stayed warm all year. But like it or not, winter is upon us here in Nebraska, in some places bringing with it extremely cold conditions. Keeping healthy in the winter is all about knowing how to take care of yourself--and that includes your hearing health.

In both Lincoln and Omaha, temperatures can drop quite low in the winter. Cold temperatures can actually cause physical changes in the ear that can lead to pain, dizziness, ringing in the ears, and even hearing loss in some cases. Read on to learn what symptoms you should watch out for, and how to protect your ears in this bracing season.

Research shows that as temperatures drop, the chance of developing ringing in the ears or hearing loss increases. Why is this so? One of the primary causes of hearing loss in cold weather is a condition known as exostosis or more commonly, “surfer’s ear.”

Exostosis is a condition in which an abnormal growth forms in the ear canal. It is often a growth of bone on top of an existing bone. The bone which surrounds the ear canal thickens as the body tries to provide a protective barrier to cold water and wind; this growth can interfere with the reception of sounds as well as the ear’s ability to produce and expel earwax. This wax buildup, as well as water that can become trapped by the bony growth, increase the risk of developing infections in the ear. Multiple ear infections are both a sign and symptom of exostosis.

These rogue bones in the ear have been known to cause pain, ringing in the ears (tinnitus) and hearing loss. Although exostosis is most common in surfers due to their frequent exposure to cold water, it can also develop in those who do not adequately protect their ears in very cold, wet weather. The lesson being? On those cold days, don’t forget your hat!

Once exostosis develops, it does not go away on its own. It is most commonly treated by a surgical procedure called a canaloplasty, which removes the bony growth in the ear canal. After the surgery, it is important for the patient to avoid all cold-water activities for up to 8 weeks in order to prevent complications or infections.

As well as increasing the risk of surfer’s ear, extremely cold weather causes earwax to harden, in some cases leading to blockages. An earwax blockage may cause the following symptoms: earache, a feeling of fullness in the affected ear, ringing or noises in the ear (tinnitus), diminished hearing in the affected ear, dizziness, headaches, and infections. People who wear hearing aids are actually at a higher risk of hardened earwax, as a person’s ear will produce more wax when there is a “foreign object” in it.

A buildup of earwax is bothersome to say the least, and you might instinctively want to clean it out with a cotton swab--but this is actually the opposite of what you should do. Attempting to clear the wax out this way can result in the blockage being pushed further into the ear canal, causing even worse symptoms. Fortunately, there are safer, doctor-approved ways to remove hardened earwax.

How to safely remove earwax

Excessive earwax removal measures can actually be dangerous to the ears. Gentle, non-invasive techniques work best. Otolaryngology -- Head and Neck Surgery has published new guidelines on how we should approach earwax blockages.

Cold days are ahead--so bundle up and don’t forget those earmuffs! If you’ve been struggling with blockages in your ear or discomfort due to cold, visit us at Custom Hearing Solutions.